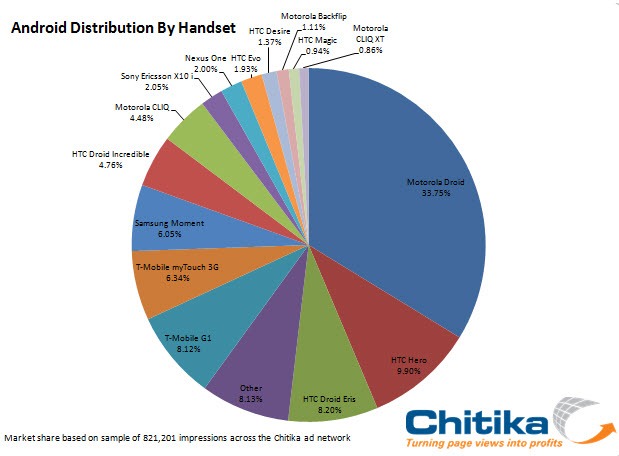 Chitika Ad network released this data chart. They also provided distribution of Android OS phones on different mobile carriers. Here is the chart showing network carriers where Verizon is leading the market of Android with 48% coverage. 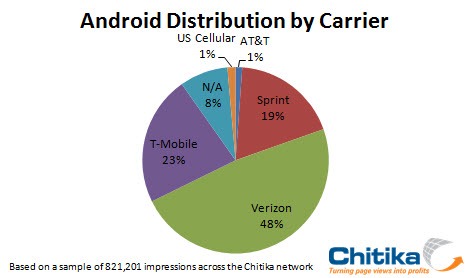 As per the recent update, Google and mobile phone makers are planning to capture the Asian market of India and China with different Android based phones. Hope to get more updates on that soon.

Sanjeev Mishra is a professional blogger and an Internet Marketing Consultant based in India. He has built the Internet Techies to provide you updates in technology and web application area.
Related ItemsandroidMobile
Next Story → Preview Video of Android 3.0 Honeycomb OS for Tablets