When Smartphones are getting so many apps and features, then we use to share some features or special options with friends by sending them a screenshot of the phone or tablet screen. As Android is getting lot many functions, features and apps on daily basis, we need to share screenshots of our android device screen with friends or our readers. Unlike BlackBerry phones, in case of Android phones you need ROOT access to run screenshot apps. After the Android Market Webstore (market.android.com) launch, it is much easier to browse and install an app from your web browser to your Android device (phone or tablet). Here are few free Android apps available in Android Market to capture the screenshot of your Android phone’s screen and save that in Gallery. From gallery, you can share that image on social networking sites like Facebook, Twitter or send that via email as well.

This is the list of apps available in Android Market to grab a screenshot of device screen. If you are installing these apps from your phone’s Android Market, then go ahead and search for these by typing their name on Market Search box. You can share the URL of these apps (in Android Market Webstore) with your friends by generating the QR code for their links.

You may find lot many other Android apps for this purpose outside the market but it is not advisable to install apps from outside official market, as you may infect your phone with Trojans. Here are few screenshots that I took on my phone using ShootMe. 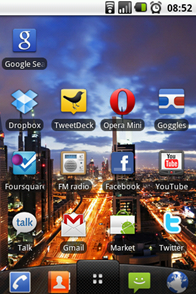 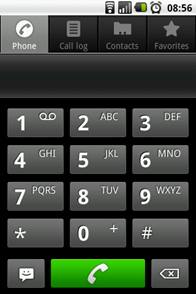 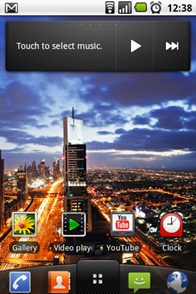 How to Take Screenshots on Android Phones

Once you will install the app on your phone, in most cases you will find the option to “Shake and Capture” to get the screenshot of the device screen. In this case, you just need to initiate the app for one time and keep that running in background. After that, when you will shake your phone, it will take a screenshot of the device’s current open screen and save that on SD card in Gallery. You can browse the snap and then share that from there.

If you are not comfortable with “Shake and Capture”, you may choose other options from app settings page on your phone.

Sanjeev Mishra is a professional blogger and an Internet Marketing Consultant based in India. He has built the Internet Techies to provide you updates in technology and web application area.
Related Itemsandroid marketappsscreenshot
← Previous Story User-agent for Google Chrome, Open Android Interface on Chrome
Next Story → Run Android 3.0 Honeycomb on Computer