By Sanjeev Mishra on November 1, 2013@sonziv

Google unveiled Nexus 5, its first Android 4.4 KitKat® phone  with 5″ display panel and Snapdragon™ 800 processor. To boost the performance, the phone comes with 2 GB RAM and Adreno 330 GPU. The most interesting part is the pricing of this phone. Nexus 5 is available on Google Play Store US for $349 (16 GB version) and $399 (32 GB version) without any contract. Apart from the United States, Nexus is now available at Play Store Canada, UK, Australia, France, Spain, Italy, Germany, Japan and Korea. 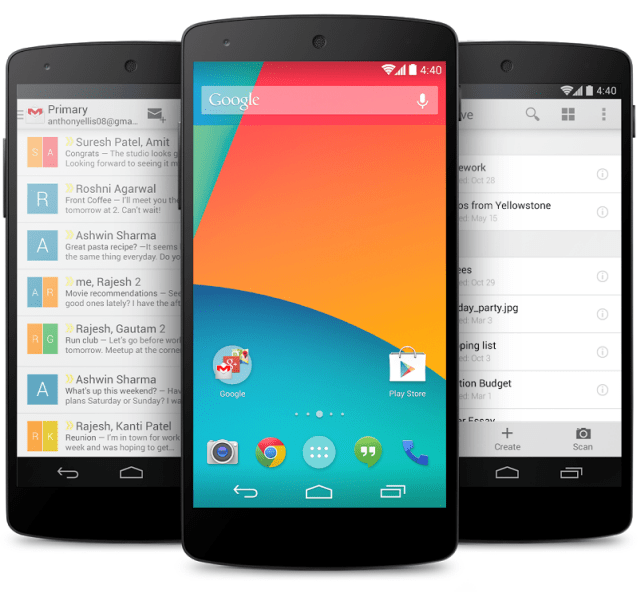 To celebrate the festive mood in India, Google is bringing Nexus 5 very soon to Indian shore. Google Play Store India has already listed Nexus 5 with pricing as &#8377 28,999 (16 GB) and &#8377 32,999 (32 GB) but is not available to order yet. But I think Google will not take much time in making the phone available here as Apple has already started selling iPhone 5S and 5C from November 1. 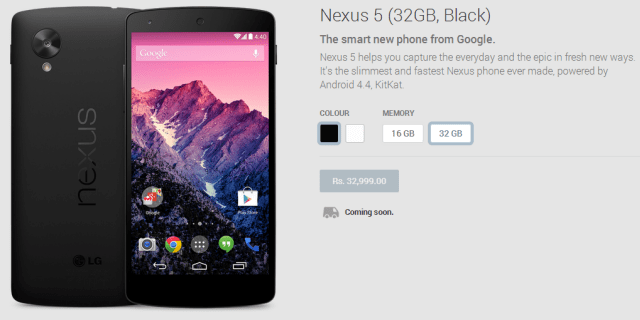 India is a very price sensitive country and that’s why the timing of Nexus 5 launch and availability will impact the sale of iPhone 5S which is almost 25K pricier than Nexus 5. Here is the pricing comparison of iPhone 5S/5C and Google Nexus 5 in India.

In terms of technical specification, I do not prefer to compare iPhone an Android devices as both phones run on different operating systems. But it is interesting to compare the technical spec of other Android phones in this category and see where Nexus 5 stands.

With an excellent technical spec and reasonable pricing, Nexus 5 is the most convincing buy at this time.

Sanjeev Mishra is a professional blogger and an Internet Marketing Consultant based in India. He has built the Internet Techies to provide you updates in technology and web application area.
Related ItemsIndia Infonexus
← Previous Story Offline Google Maps on Android will Show Directions without Internet or data connection
Next Story → Run WhatsApp and WeChat Apps on PC or Laptop