OS. As the Android 2.2 or 2.3 versions were designed for mobile devices where you get screen real estate of approximately 4 inches but in case of tablets that may go up to 10 inches. That’s why Google’s Android OS 2.2 / 2.3 where not suitable for tablets. But now Android 3.0 Honeycomb is here which is having exclusively designed UI and interface for tablet devices to utilize the available hardware performance and screen real estate.

Google has released the final SDK of Android 3.0 Honeycomb and now you can run this tablet specific OS on your Windows PC, Mac OS and Linux. Here is how you can run Honeycomb on computer.

– Download the Android SDK (either ZIP or EXE) on Windows PC. You can choose to download for Mac or Linux as well. If you are already having the previous SDK installed on your computer and skip this step.

– Installation of packages – Whether you have just downloaded SDK or have the previous one, now you need to install the available packages which includes Android 3.0 API and other updates related to that and other versions. To do that, go into the “Tools” folder in the downloaded SDK Unzipped folder and click on “android” application. A window will open where you need to select the option “Installed Packages” from the left menu. 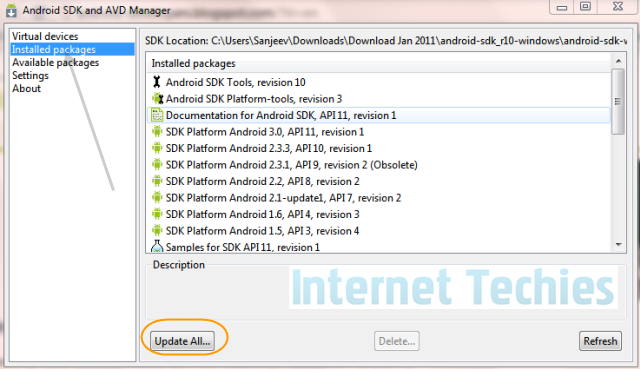 – Click on “Update All” button available at the bottom of the window. The new packages including Android 3.0 updates will start to download. It may take time (few hours depending on your Internet connection speed) to complete the download and installation.

– Once the new packages are installed, its time to create a new AVD. To do that, go to the “Virtual Devices” option from the left menu on same screen and click on “New” button.

– It will ask for the name of the AVD and Android version that will want on that. Select the Android version as “Android 3.0 API Level 11” and give SD Card size as 10,000 MB.

– Once the AVD is created, select that AVD name from the list available under “Virtual Devices” and click on “Start” button to start the Android 3.0 stimulator 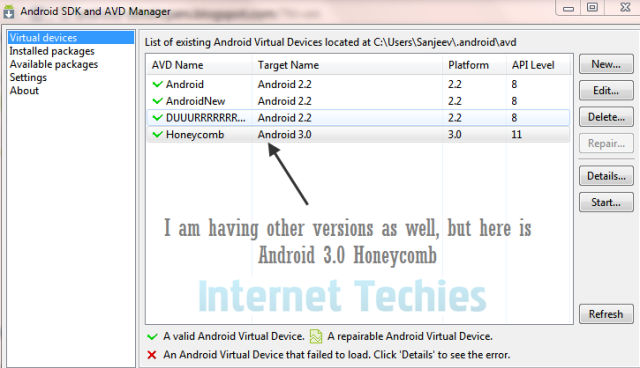 Done. In next few minutes, you will have Android 3.0 Honeycomb running on your computer. You can explore the features, options and new UI on your computer without purchasing any Android 3.0 tablet. Of course tablet with Honeycomb will be a very different experience because of the touch screen and other UI changes done by companies but this vanilla installation of Honeycomb is also very good.

Here are few snaps that I took while running Android 3.0 Honeycomb on my Windows 7 computer.

Very first screen after staring the AVD of Android 3.0 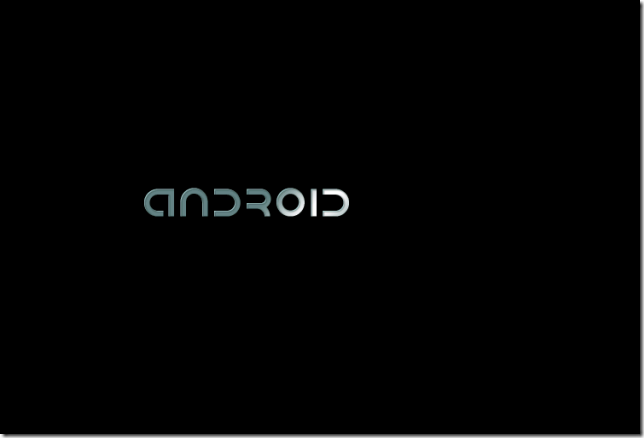 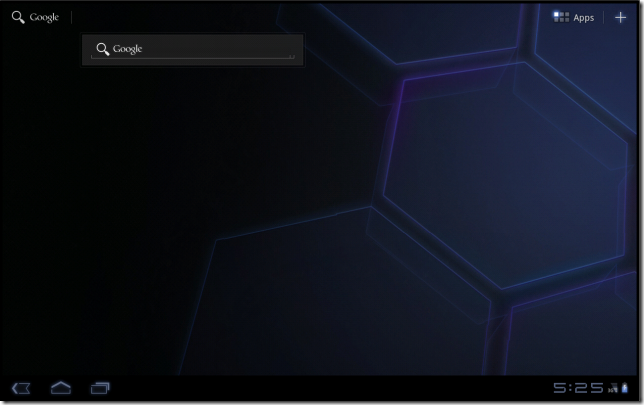 Android 3.0 running – in background you can see Windows 7 desktop 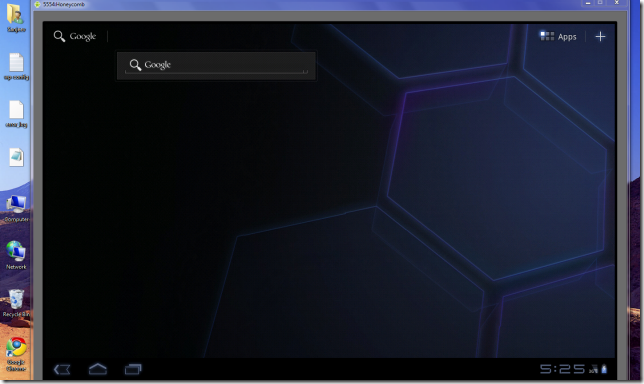 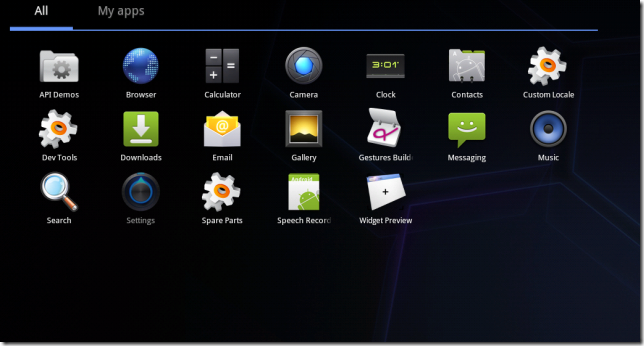 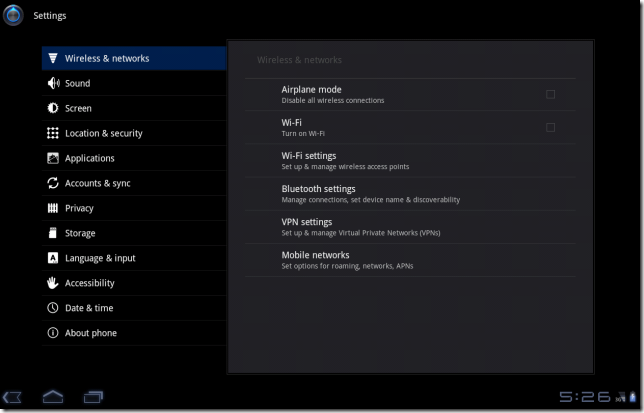 About Phone – on Settings page where you can see Android Version as 3.0 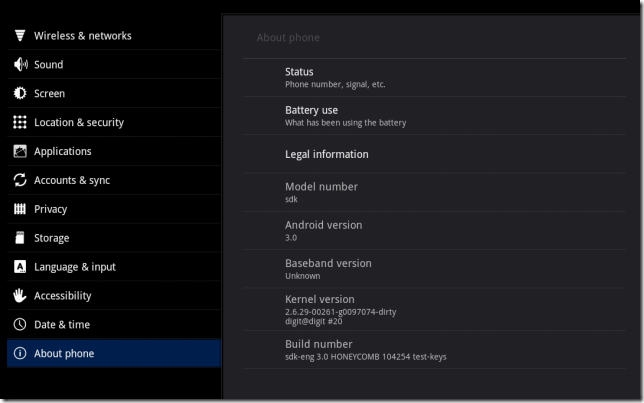 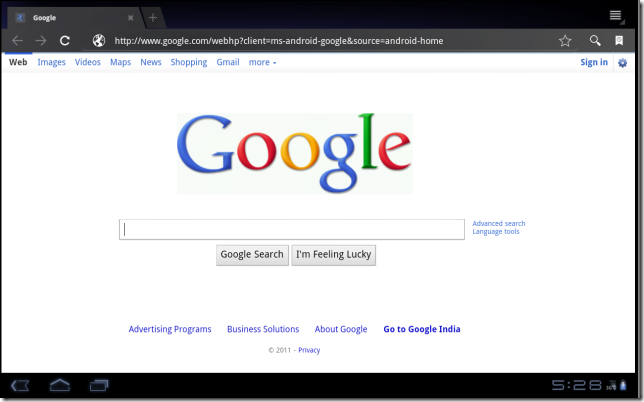 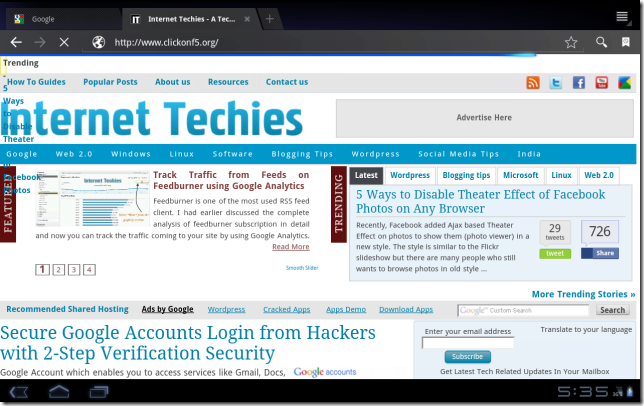 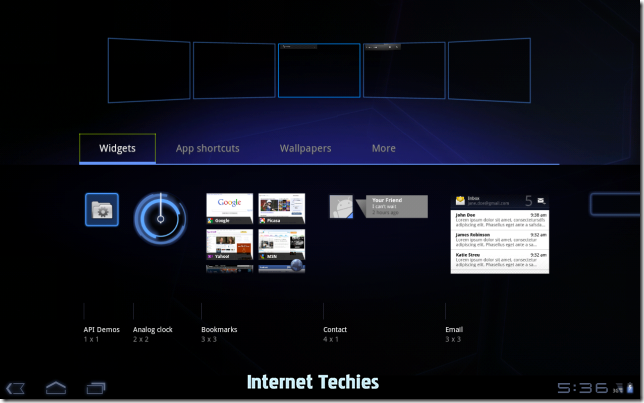 Are you planning to install SDK of Android 3.0 Honeycomb on your computer? In case you are facing any problem, read the documentation available on Android developer section. Enjoy the Honeycomb OS on your Windows, Mac or Linux and come up with some development for this beautiful tablet OS by Google.