In 1976, Steve Jobs started Apple Company with Steve Wozniak who was 5 years older than him and the first corporate office location was his garage in Palo Alto, California. In January 1977, Apple moved from Steve’s garage to Stevens Creek Boulevard, Cupertino, CA. Apple I came from garage and Apple II came from this new office. In year 1978, Apple moved into new corporate headquarter at 10260 Bandley Drive in Cupertino, CA.

Chris Espinosa shared an old document on Posterous saying that as year 1978 Floor Plan of Apple Computers Headquarter at 10260 Bandley Drive in Cupertino, California. Chris was an employee (officially the employee number #8) of Apple Computers who joined the company in 1976 when Steve and other founders were working from Garage. Here is the floor plan where you can see the location of different people on the floor. 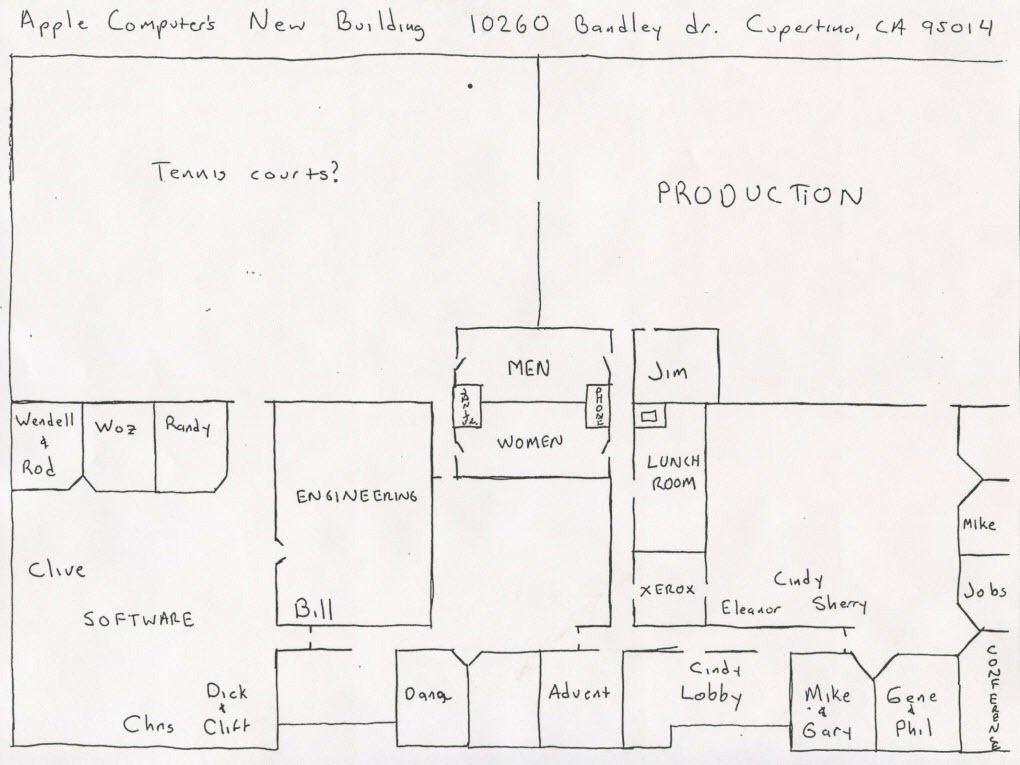 Here is the full name and designation of people listed on the floor plan.

Bonus – Here is the business card of Steve Jobs when he was operating from the above office. 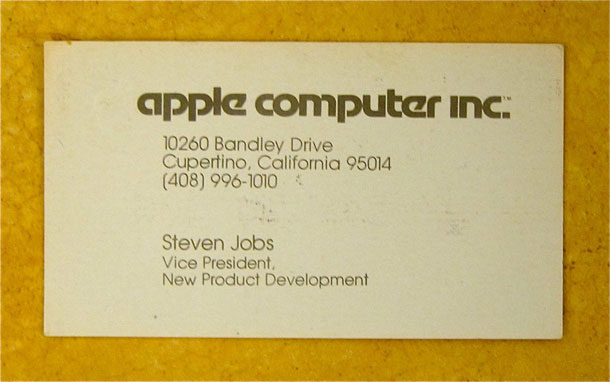 Thanks Chris for sharing the floor plan and details. By the way, there was no “Tennis Court” on that floor at that time. Actually that space was empty and at that time, they were not sure what to do with that. Finally that vacant space became the warehouse of Apple Computers.