When rumors are at peak about iPad 2 which is expected to hit the US market by April 2011, India is seeing official launch of iPad. It took 1 year to iPad to come to India, but it was available thru merchants like eBay and so many Indians are already having that. Anyways, when iPad is officially here, it is expected that Indian market will see more iPad consumers in next few days. Here is the price set for Apple iPad current version in Indian market, 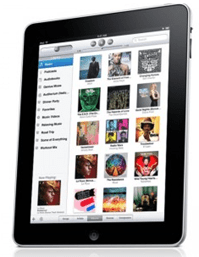 Why go for iPad when iPad 2 is on its way?

You must have question that why one should buy iPad now if iPad 2 is coming by April 2011 (rumor). As iPad is expected to have front and back camera, more advanced hardware, light weight etc., then one should wait and buy iPad 2 instead of Apple iPad. But here is another angle, as when iPad 2 will hit the US market, that will definitely be priced way more than current iPad. If you are getting cheapest iPad at Rs 27,900 then don’t expect the cheapest iPad below Rs 38,000 at least in next 8 months or so. That means, this is the time when you can buy iPad at cheaper price and even the price is expected to go down further after the release of Apple iPad 2. So I would suggest to wait till the release of iPad 2 in April – May 2011 in US market, and then you may plan to buy iPad at more cheaper price in India or you may go for iPad 2 thru online portals like eBay or other sources.

Sanjeev Mishra is a professional blogger and an Internet Marketing Consultant based in India. He has built the Internet Techies to provide you updates in technology and web application area.
Related ItemsAppleapple ipadIndia Infoipad
← Previous Story Apple Mac App Store Launched with 1,000+ Apps
Next Story → Apple iPad 2 coming on March 2, Watch the Launch Event Live from San Francisco