Apple products like iPad, iPhone and iPod Touch are awesome but as we had discussed earlier, when you charge them thru PC’s USB drive, charging happens very slow. Some users reported that their iPad doesn’t even charge thru PC’s USB port. If you are getting frustrated because of that slow charging thru computer then you need to improve your motherboard’s driver. Gigabyte, MSI and ASUS have released a software update for their motherboard which is nothing but a way to charge iPad, iPhone and iPod Touch by 40% faster or even 50% in some cases. 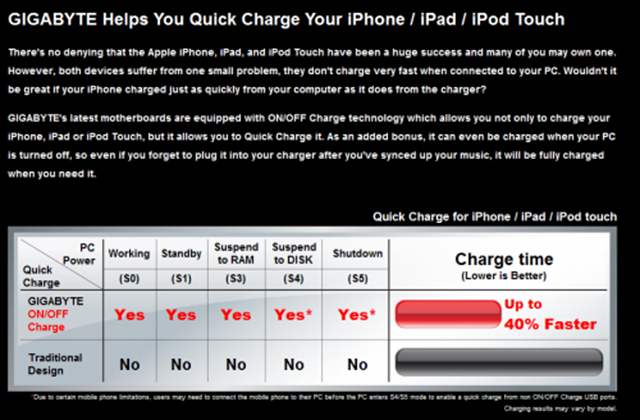 These updates are for Windows users only. So if you are having these Apple devices and having Windows PC to charge them then go ahead and update your motherboard’s driver.