iPhone 4 is having lot many new features including multitasking, improved camera etc. Video calling on Wi-Fi. As part of initial roll out, Apple is only excepting orders for Black handsets and asking customers to wait till 2’nd July 2010 to get the shipment. Pre-order for white handset will start later. 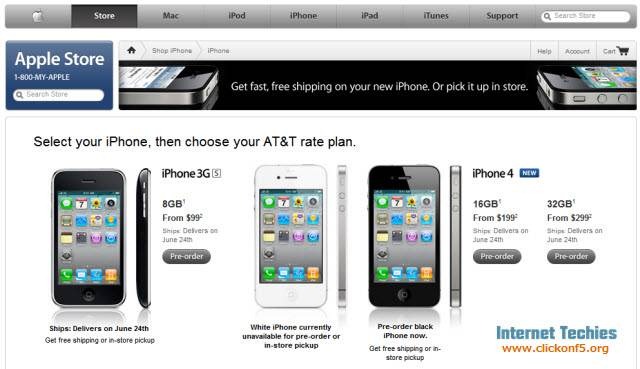