America’s first 4G phone HTC Evo 4G will be available on Sprint from 4’th June 2010. 4G connection will let you browse Internet on this phone with the similar speed as your DSL connections at home. 4G phones are 10 times faster than 3G phones. Average download speed of 3G connection is 600Kbps – 1.7Mbps and for 4G connections the average speed is 3 – 6Mbps. HTC Evo 4G will be introduced by Sprint in America. Here is some initial details, technical specification and video review of this latest phone. 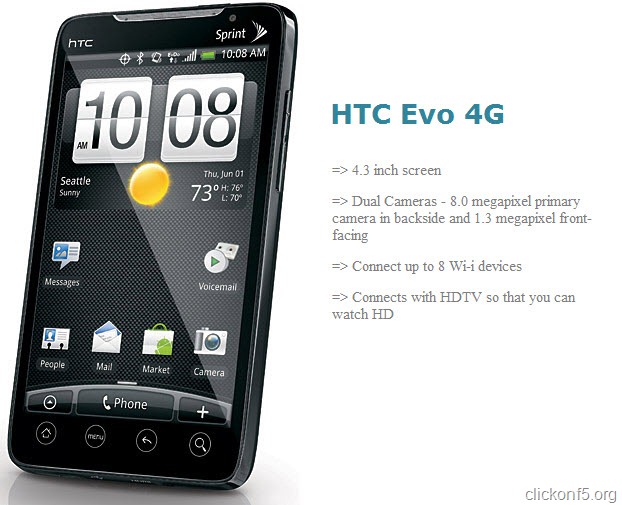 Android 2.2 is released on the occasion of Google I/O conference in last week. So you can expect Evo 4G coming up with Android 2.2 only. Hoe to get the best from HTC, Sprint and Google.