Google Buzz was launched around February of this year but they didn’t launch any digg like button to share posts from different sites. Then lot many webmasters created own button for Google Buzz out of which our Google Buzz WordPress Plugin got featured on Mashable as well optimized plugin. And finally, Google has released the official buttons for Google Buzz which looks awesome.

Google Buzz Buttons are available on Buzz Stuff page where you can generate HTML code for the button of your choice. There are couple of options available on that page to select and customize the button. For posting an article, you can use “Post to Buzz” buttons. 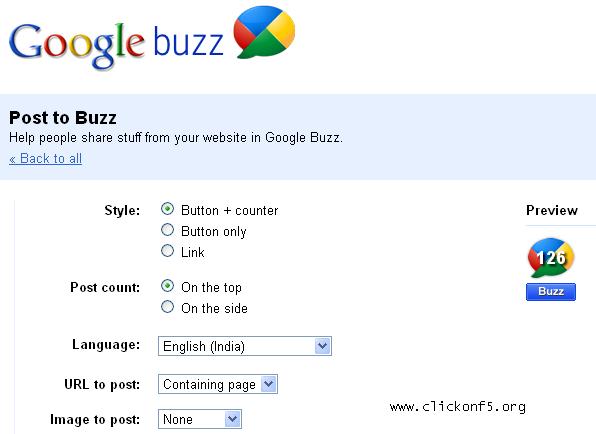 Change the option of “Post Count” to “On the side”, then you will get a button like as below,

You just need to paste the generated code on your template file to get the button over there. Let us know your thought on these new buttons from Google.