Google is not just a company but now it is also used as a verb. For search operations, we generally use the term “Google it” to ask our friends to perform search for a term. Besides search, there are lot many other initiatives started in Google and here I found one video which shows the Google’s umbrella and what does Google mean today. Google is also criticized for lot many initiatives and actions like privacy issues related to Google Buzz, Google Street View, Google Book Search etc. Besides these criticism, still Google is the most important part of our life and helps us introducing lot many things for the first time. 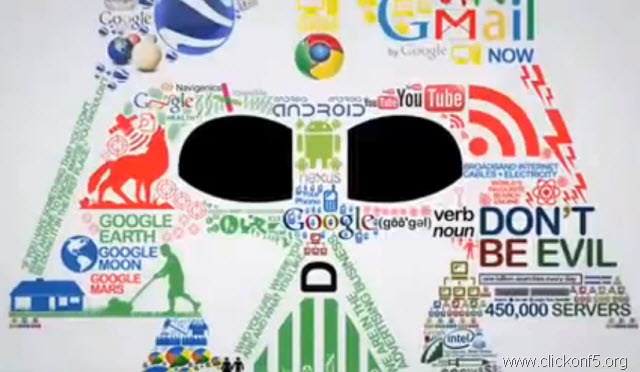 In this video, you can see what is going on in Google and what are their plans. As this video is showing that how Google is gathering information about us and still trying to be on the same motto as “Don’t be evil” but I personally disagree with this thought. As Google Earth and Maps are gathering info related to cities even thru Google Streets, it is helping lot many people to take a look at the city without even being there.

This video shows that Google is building an empire on us by collecting all information related to us so that it can target us properly for revenue generation thru Ads. What is your thought about the Google’s current stand on its own motto i.e. “Don’t be Evil” by building this empire? Share your views on this video thru comments section.