Google released the extension for Chrome beta for Windows and Linux. We had already reported that Google is expected to release the extensions in coming days. If you are using Google Chrome beta on your computer then wait for the auto update or update the beta version manually by clicking on the “Settings ==> About Google Chrome”. Restart your browser to complete the update process.

Now you can use the “Install” button on Chrome Extension gallery against currently available 300 extensions. 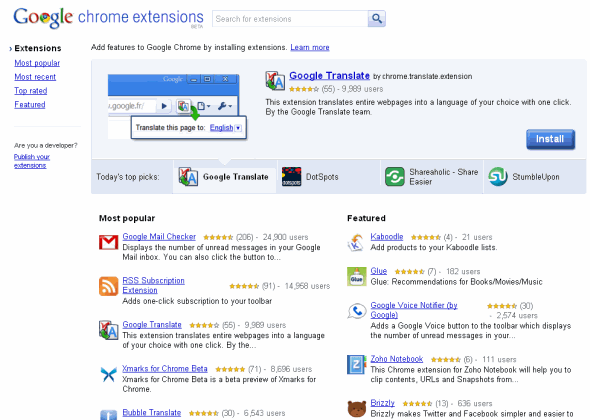 According to the release note from Google,

If you’re on a PC or a Linux machine, you can check out more than 300 extensions in the gallery, including a few cool, useful and cute extensions. Extensions aren’t quite beta-quality on Mac yet, but you will be able to preview them on a developer channel soon.

You can go thru the 7 must have extensions we discussed earlier for Google Chrome.