Home / Google / What is Chrome Web Store? How Developers Would Make Money Out of That?

What is Chrome Web Store? How Developers Would Make Money Out of That?

At Google I/O in San Francisco, Google announced that later this year they will release a platform named “Chrome Web Store” where developers can put their app for free or for sale. This organized platform will showcase lot many apps for the users to access from Chrome browser. After yesterday’s announcement, there are lot many buzz around this Chrome Web Store, and as per the initial reports and information, here you will find answer to the question that “What is Chrome Web Store” and “How 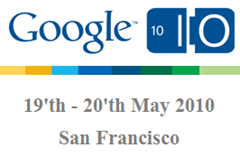 developers would make money out of Chrome Web Store”.

As per the announcement made by Google on Chrome blog,

We believe it should be easier for users to discover web apps and for developers to reach a large audience. That’s why today at Google I/O, we announced the Chrome Web Store, an open marketplace for web apps.

Google Chrome users who find web apps in the store will be able to create convenient shortcuts in Chrome for easy access. Also, developers will have the option to easily sell their apps through the store using a convenient and secure payment system.

Here in this announcement, you can see that Google has described the Web Store as open marketplace for web apps. That means, a developer or company can list their web application in Chrome Web Store and from there users can freely download or purchase the application using secured payment system.

1. Application from Chrome Web Store can be installed in any modern browser. That means you can install application in Firefox, IE etc.

2. After installation of a web application in Chrome browser, a shortcut will start appearing in quick access section as show in above image

3. Invitation to the developers will be send later this year to enroll their app in the store.

Below image shows the installed application from Chrome Web Store in Chrome browser. New page opened in incognito mode where you can see a shortcut of installed apps. 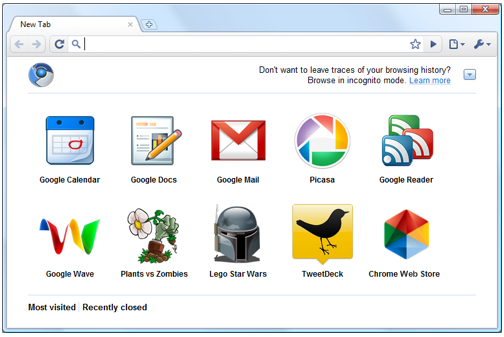 As per the same announcement, Developers will be allowed to sell their application. This means they can make money out of Web Store by showcasing their paid application over there. Still updates are awaited for the charges that Google will ask developers for paid version of app for secured payment and other stuff.

Our initial verdict about this announcement is that Chrome Web Store is going to be very huge platform and in our opinion, developers should tight their belt and start making stuff to reach million of new users.

Sanjeev Mishra is a professional blogger and an Internet Marketing Consultant based in India. He has built the Internet Techies to provide you updates in technology and web application area.
Related ItemsChromeGooglegoogle chrome
← Previous Story What is this Google Smart TV? Is it a TV or Monitor with Inbuilt Motherboard?
Next Story → Google TV Requires 3Mbps Connection for Good Performance, 9 More Points