Currently the standard DVDs are of 4.9GB or 9.8Gb double layer DVDs or if the Holography techniques are used then it will store up to 500GB of data. But now you can store up to 1.6 Terabyte data (which is 300 times more than the standard DVD) on a single DVD and this is possible with the new technique developed by the scientist at University of Technology in Australia.

This new technique is named as “Five Dimensional” optical recording technique where the data will be stored in 5 dimensions on nanometer-scale particles of gold as a recording medium. Currently the DVDs are suing two dimensions to store the data. But the extra 3 dimensions will boost the data storage by 300 times. 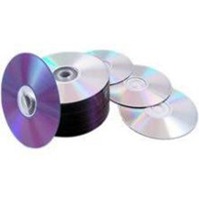 The Holography method of recording the data is bit complex because it stores the data encoded in a form of graph to show the frequencies but the new 5-D method is similar to the current bit-by-bit method where each piece of information is read sequentially.

On the same line, the co-author on the research Mr.. James Chon says that,

“The optical system to record and read 5-D is very similar to the current DVD system,”

The material cost would be less than $0.05 and if the silver nano-rods will be used in place of gold than the cost will also shrink by more than 100 times. So this is clear that the technique is not going to be very expensive and the data storage cost will go down in future. Currently the research is going on and once the disk will be fully tested, will be available for commercial usage.

Things To Do Before Selling Your Old PC

How much RAM Memory is enough for a Fast Computer?

35% Increase in Battery Backup of Laptops and Netbooks