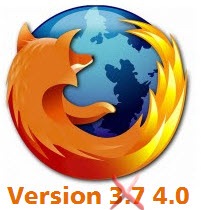 Rather than add features to Firefox only in once- or twice-a-year upgrades, Mozilla will quietly insert some functionality via its regular security updates, which appear every four to six weeks. That means Firefox 3.7, which was slated for a second quarter release, has been dropped from the development schedule. We learned an awful lot about what slows down our schedule, and that will help us plan future releases.

Firefox 3.6 RC1 is already released and the developers has proposed January 19 and January 26 for final release of version 3.6. After that Firefox will get the updates thru Security updates which appears every four to six weeks.