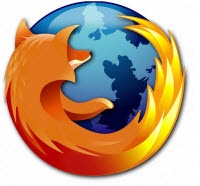 Mozilla has released the Firefox 3.6 Release Candidate (RC 1) for Firefox browser. As per the release note from Mozilla, this new version is based on Mozilla’s Gecko 1.9.2 web rendering platform which has been under development since a long time. So let us see what are the new features and improvements in Firefox 3.6.

Firefox 3.6 Release Candidate is built on Mozilla’s Gecko 1.9.2 web rendering platform, which has been under development for several months and contains many improvements for web developers, Add-on developers and users. This version is also faster and more responsive than previous versions, and has been optimized to run on small device operating systems such as Windows CE and Maemo.