ESPN3.com is broadcasting live coverage of FIFA World Cup 2010. It is a part of ESPN.com and official partner of FIFA World Cup. As per the recent report, ESPN3.com was viewed by 1.7 million viewers in just 4 days of the game.

ESPN is covering all section of media whether it is TV, Internet, Mobile. Near about 1 million videos have been watched on ESPN Mobile device. 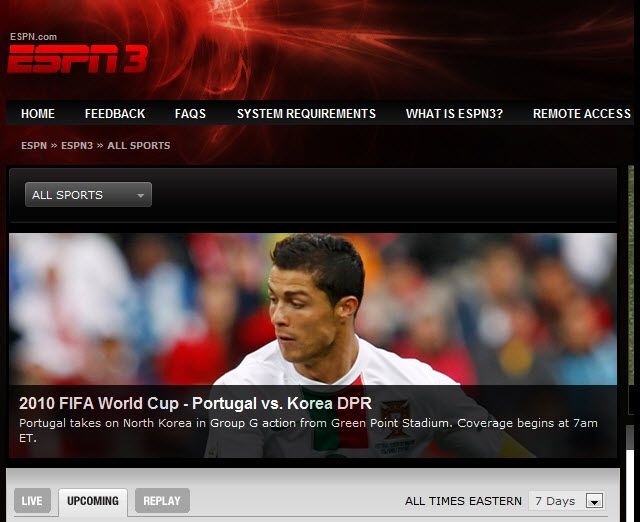 Here is the Media Release from ESPN showing stats from different platforms,

On the average day, multiplatform consumers accounted for 27% of the users, and 52% of the usage of World Cup content.

354 Million minutes spent by Digital Consumers which is a very high number. This section covers PC’s, Internet and Mobile Devices.

World Cup’s Final is on 11’th July and you can imagine how much pageviews are going to be served from ESPN3 till that day. Waka Waka – This Time for Africa!