What’s Coming with Firefox 4 at End of this Year

Mozilla is working on the next version of Firefox i.e. Firefox 4. Its current version V3.6 is much faster than the previous versions and now they have started working on Firefox 4. As we told you earlier that Firefox 3.7 is out of schedule and coming as V3.6.4 and now you will see version 4 at the end of 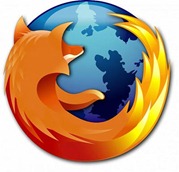 this year. So here is the million dollar question that what is coming in Firefox 4? Mozilla team has come up with an awesome presentation with the product plan for the next version of their awesome browser i.e. Firefox 4.

According to the presentation, Firefox 4 will me much more faster than the current version and team will also work on sleeker look and easy navigation. Mozilla is working on new features and improvements for Users as well as Developers. User are going to have faster browsing, easy navigation and cleaner look. Firefox 4 is going to have minimal navigation on top and more focused on content. For developers, It will have improved DOM, HTML5 parser, Better AJAX Interaction, CSS3 and much more.

Firefox Release Dates : Firefox May Hit by End of Year

Here is the presentation where you can see the expected changes, improvements and addition in upcoming version i.e. V4 of the most successful browser of our time i.e. Mozilla Firefox.

Update – Removed the SlideShare presentation as found some bug with embed code.

As per the performance test, Firefox ranks 2 in the fast browsers list. Internet Explorer 9 is also coming with HTML5 and CSS3 features for which developer preview is already out. Google has come up with Chrome 5 beta which is of definitely the fastest browser of this time. It seems that the browser market is going to see neck to neck competition in coming days. What do you think, after the release of Firefox4, browser market’s share distribution will see major change?