The World is in your Hand…Explore it with your Fingers!!!

‘WWW’,  three letters and you witness a bizarre in an edifice of a network giving you anything you want. The World Wide Web also the Internet had its foundations from a scratch when the U.S army had a requisition for an efficient network. Since then it has been dwindling in size and hasn’t yet stopped. Comparing it a revolution of transitional changes for example weapons, where once the bow and arrow was the pinnacle of weapon technology to now nuclear weapons, this was an invention triggered a generation and didn’t need much of the precious time to impinge our lives.

Asking a person of him being on facebook, twitter will provide you with a scandalizing look. That is our world today. We don’t only rely on family and friends but share it with the world. All this is possible, or rather all this was made possible by the web. Sending a letter will brand you a person alienated to today’s world. Email made a simple piece of writing to be sent anywhere you want. From a small rock the internet is now a zenith leaving everything in the abyss. A person irrespective of his profession uses the internet to his convenience. This is one invention on which man can condescend, saying that“I am connected” and boast “I am not the only one connected”. It has obscured the need of even a phone call. No need for extempore trips, the web makes it forethought. Want to know about the happenings in Europe, or Cricket, you are just far before typing a few letters. Now on cell-phones be in touch with the world. The internet just marched into our phones deploring even the use of a computer. It has turned us the inquisitive spectators to now active participators. Learn how to cook your favourite dish by just watching it live. You carry your ticket to this platform now, in your pocket.

Google, Wikipedia are our regular friends to assist you in anything you want. Speaking about phones the introduction of GPRS has proved to be an endorser to the web. On phones get connected to the web, that is how simple it is now. 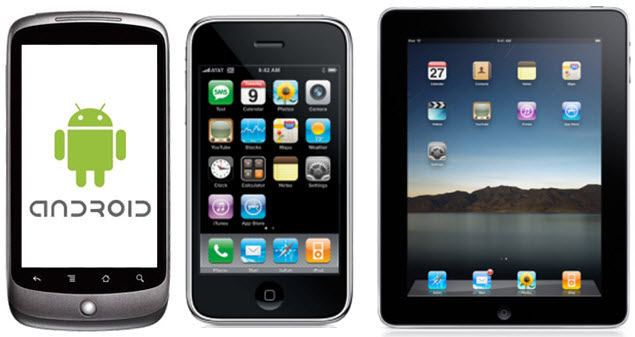 Java applications are the basis on which the whole edifice of an Apple iPad, iPhone rely on. Java was basically designed at Sun Microsystems in 1991 by a group of ethical engineers. It is now used in almost every application in phones. Games before beginning have a prelude saying Java-powered.  Opera, Google Chrome are the browsers by which we all explore. They all have a spider-search by means of which all our required information is procured.  The rapid means by which there has been stimulus to this field is the increasing competition. Blackberry consolidated the markets until Steve Jobs brought the iPhone and iPad. Google didn’t remain silent and Android was made public in 2007. HTML (Hyper text mark-up language) has on itself changed transitionally having versions, 1-5 each better than the other and having intrinsic features. Looking at the burgeoning users of browsers like Chrome it has been forethought that they might replace an OS (Operating System) like Windows, Mac-OS.

Speaking about the internet the speed by which you can access has also increased in rapid sense. 3G and 4G the inmates have allowed the previous obstinate to access of the net on smart phones. South Korea reigns over the crown of providing the quickest service. The US and UK are in contention and India still has a long way to go. Animation and Art on the net has become the easiest and paves the way for ingenious designs. Google Sketchup-7 provides for even 3-D drawing. All you need to do is Explore. There is lot of “stuff” waiting for you and much waits to come. This is the revolution which has transformed the world into an integrated network. This is just the preface of what it is and a prelude of what it is going to be.

Again I repeat “The World is in your hand…….Explore it with your fingers!!!”

[guest name=”Akshay” image=”https://www.clickonf5.org/wp-content/uploads/2011/01/akshay.jpg”]This is a guest article by Akshay Anikhindi who is a X’th standard student of Vidya Valley School, Pune. His interest areas include writing articles on different subjects and watching movies. He likes to play basketball and watch football a lot. [/guest]