Ubuntu Lucid Lynx 10.4 Alpha 1 is ready for download and testing and we have already share different download links for that. Now the update is coming as Ubuntu Lucid is going to have transparent look similar to Windows Aero. Yes, all Ubuntu fans are going to love this look.

Ubuntu Ayatana Team is testing the new look similar to Windows Aero where all the windows in Ubuntu Linux will look as a transparent windows. If the testing would be done before the release of Ubuntu 10.4 in April 2010, this will be a part of that. 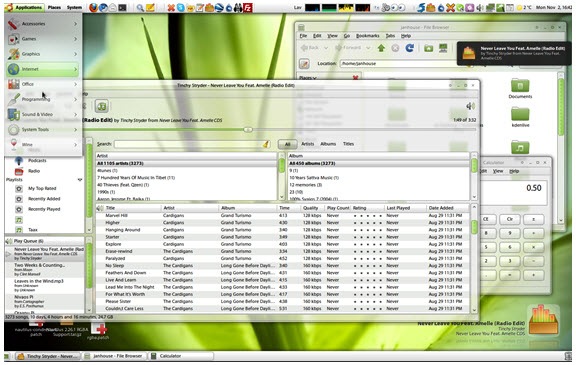 This is going to happen because of enhanced version GTK+ which adds Windows Aero like support. If you want to test this new look on your latest downloaded / upgrade Lucid Lynx Alpha 1 then follow the below mentioned procedure,

Get the PPA from the line provided below and start testing it one Ubuntu Lucid Alpha 1.