This was an April Fool Joke by Smashing Magazine. Apology for Posting this news here in excitement. Please don’t take this post seriously.

In Internet Explorer 8, they provided the debugging tool similar to inspect element in Google Chrome and firebug in Firefox but once the Firefox Extension support will be enabled in IE 8.1, you will also able to use Firebug or other extension on IE.

Internet Explorer 8.1 is suppose to come with Windows 7 release or may be after couple of months of release and that’s why there are going to be some minor changes on looks of IE as well. Those changes are not as much but just make it in tune with Windows 7.

Here are some screenshots of Internet Explorer 8.1, for which the credit goes to Smashing Magazine,

About Page On Internet Explorer 8.1 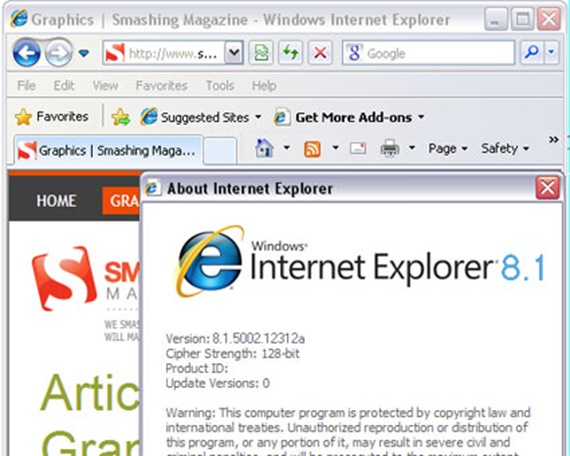 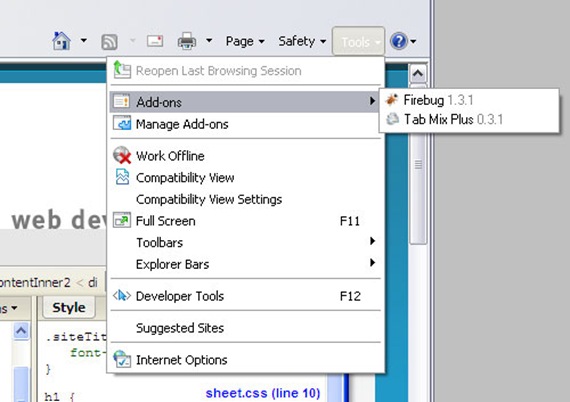 Windows 7 is going to release on 22nd Oct 2009 i.e. within a month and we also hope that Internet Explorer 8.1 will also come along with that or may be they will release it in couple of months. Anyway, the changes seems to be really effective and will definitely open new market for Internet Explorer.