Microsoft has finally moved Office 2010 out of beta and now the product is available in the local market. But when it was in beta stage, around 8.6 million people tested this product on their system and reported issues, test results etc. Number is really huge for Office 2010 and it shows that Microsoft is not loosing its customer even after the direct attacks from Google Docs and OpenOffice.org.

Stephen Elop, Microsoft business division president, told the Wall St Journal on the offering from Google and Microsoft for businesses,

They have a lot of noise out there as it relates to their point of view, but when you look at the data and talk to customers, there’s no question Microsoft is winning the customers," Mr Elop said.

Still the Microsoft store is having pre-order button for Office 2010 products. Microsoft Store (United States) is showing three versions of Office 2010 for purchase,

Here is the chart showing price of Office 2010 products in United States, 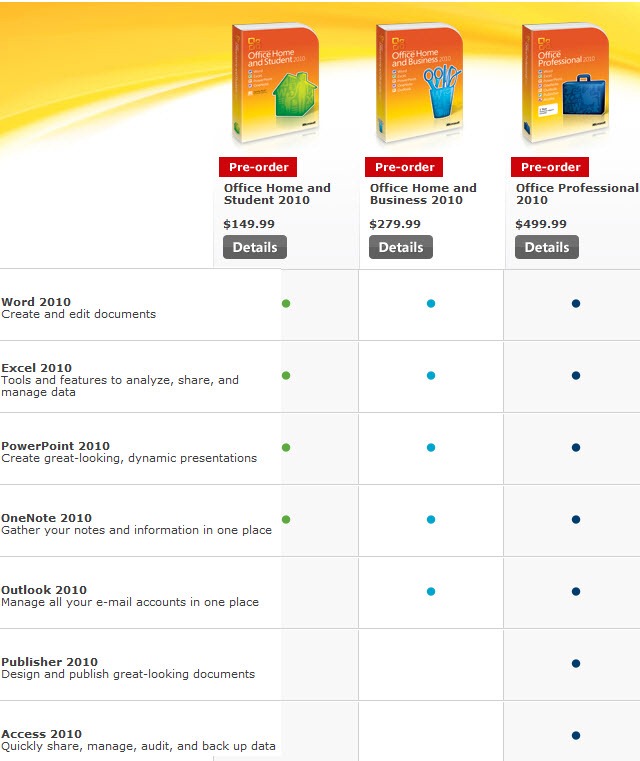 In the best stage, you were told to use a beta product key and based on that key, Microsoft came up

with the number of testers for Office 2010. While using Office 2010 beta on your computer, you were told to send feedback using smilies under the system tray. Using those smilies, people sent their feedback after testing certain features of Office 2010.

Finally Office 2010 is out of beta and you can purchase it from your local market or order the same on Microsoft Store of your country. Share your thoughts on Office 2010 features and tell us whether you are fine with Google Docs features or you are going to upgrade to Office 2010.

Related: How To Take Screenshots from Microsoft Office 2010 Word, Excel