Telegraph says that according to Robert, Kayak team contacted thru different channels to Microsoft and provided details about the similarity.

“We have contacted them through the official channels about concerns about the similarities between Bing and Kayak, From the look and feel of their travel products, they seem to agree with our approach to the market.” – Robert Birge, CMO – Kayak

Tool To Monitor What Is Being Copied From Website Or Blog

But the response from Bing team is not in favor of Kayak. Whitney Burke, director of Bing said that they are discussing the mater with Kayak and allegations are without merit.

“Bing Travel is based on independent development by Microsoft and Farecast.com, which Microsoft acquired in 2008. Any contrary allegations are without merit.” – Whitney Burke, Director of Bing

We tried to find out whether any similarities are here in Bing and Kayak search. Here is the screenshot of Bing’s Travel Search and Kayak Search where you can see some similarities as well. 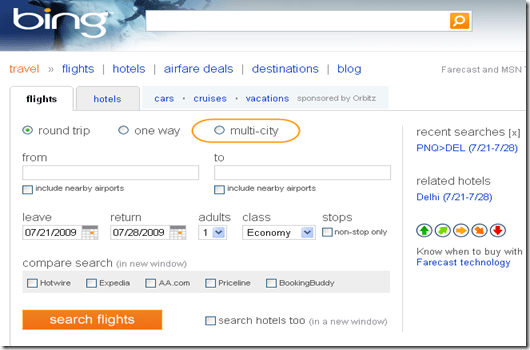 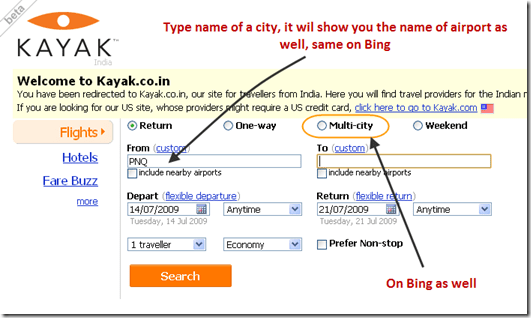 Now you can figure out the similarities. Since in case of search options, there are limited number of options which can be provided on each and every travel search engine but the feel is also similar which became the point of concern for Kayak. Anyway, Kayak got free publicity because of these similarities.