A Taiwanese site revealed the leaked images showing all the stuff of Windows App Store. In the images attached below, you can see left panel options like downloaded apps, downloading, app store menu, desktop menu and setting for the store.

After the launch of Apple App Store for Mac, it was believed that Microsoft will also come up with this kind of App. But many of us were thinking that the App Store may come up with Windows 8 which is scheduled for year 2012. But the way these screenshot images looks, they seem running on Windows 7 only. That means, if this rumor or leaked images are true then we may see “Windows App Store” beta very soon.

Here are the leaked images of Windows App Store, 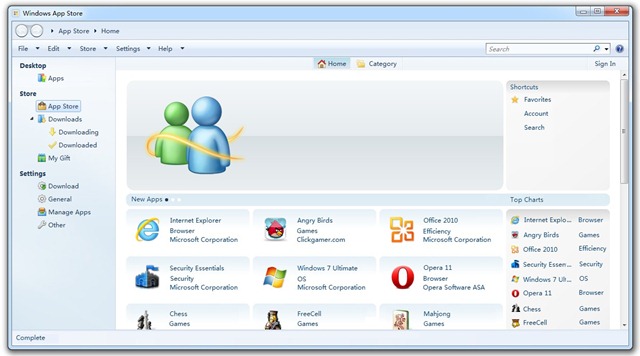 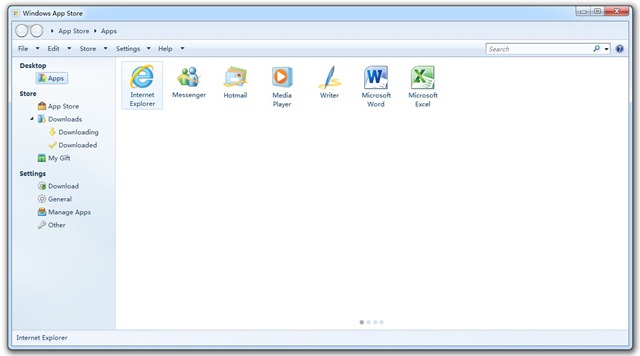 As Windows is having the maximum market share of operating systems, this kind of App Store will definitely help developers. Even today we learned that Windows 8 is going to have own PDF reader named Modern Reader which will use AppX type package application which can be used on Windows Phone as well. That means, we can expect that all the Windows Phone applications may come to desktop Windows under Windows App Store.

Hope to get this kind of App Store for Windows soon.