Till now most of the Internet users must have heard about Nexus One whether thru Leaked Photos, Videos etc or different tweets. But today, Its official. Google and HTC has released the specifications and price of Nexus One which is more or less same as the speculations. Here is the Specifications details of Nexus One as released by Google. 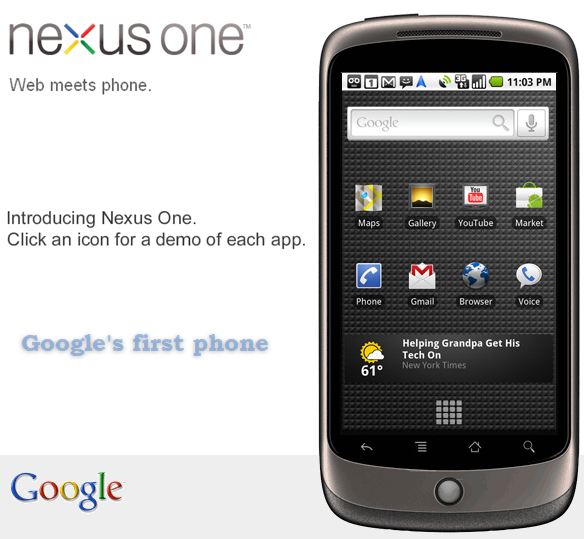 Technical Specifications of Nexus One

From the specifications point of view, this Android phone looking as a strong competitor of Apple iPhone. Here is the comparison chart of both,

Comparison Chart of Nexus One and iPhone

Price of Google Nexus One

As highlighted in the comparison chart, Google Nexus One is available for $179 on T-Mobile with 2 years of contract or you can buy Nexus One for $529 without any contract.

Sanjeev Mishra is a professional blogger and an Internet Marketing Consultant based in India. He has built the Internet Techies to provide you updates in technology and web application area.
Related ItemscompareGoogleiphoneMobilephonerelease
Next Story → 3G Service at Mount Everest