By Sanjeev Mishra on December 6, 2010@sonziv

Google announced the latest phone Google Nexus S which is having Android 2.3 Gingerbread. Now here is the availability and price details about this phone as well as a explanation about a chance to win Google Nexus S.

As per the release note from Google, the phone will be available in the market from 16’th December 2010. Google Nexus S can be purchased unlocked or with T-Mobile service plan from online store or in-store from all Best Buy and Best Buy mobile stores in U.S. and after December 20 at Carphone Warehouse and Best Buy retailers in the U.K 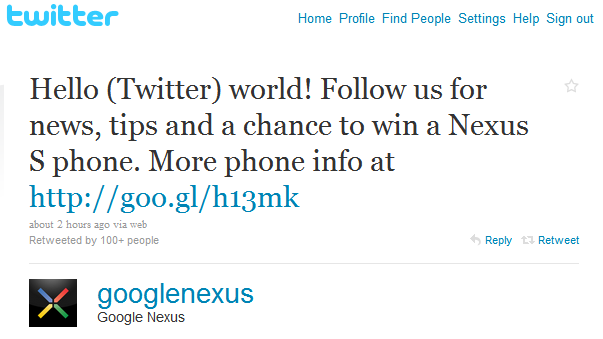 Sanjeev Mishra is a professional blogger and an Internet Marketing Consultant based in India. He has built the Internet Techies to provide you updates in technology and web application area.
Related Itemsandroidandroid 2.3gingerbreadGoogleMobile
← Previous Story Google Nexus S Announced, Android 2.3 Gingerbread Released
Next Story → 300,000+ Google Android Phones Activate Per Day