Facebook is celebrating its 5’th birthday and still the founder of Facebook Mark Zuckerberg feels that there he is not finished yet. The remarkable journey of Facebook started from a pet college project in a dorm room and rise has been regarded as 150 million users.

24-year-old Mr. Zuckerberg said, "The culture of the internet has also changed pretty dramatically over the past five years. As we celebrate Facebook’s 5th birthday, we continue to work hard to evolve Facebook and make it as simple as possible to communicate with and understand the people and entities that matter to you," .

Here is the full interview of Facebook founder Mark Zuckerberg talks to BBC’s Rory Cellan-Jones in October 2008 where he has explained why the revenue is so important for Facebook and what the future plans for this huge community. 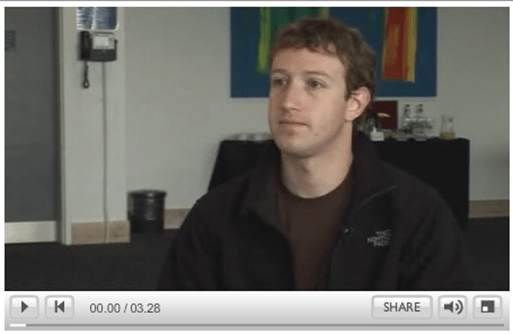 Here are some important facts and numbers related to Facebook,

Many many returns of the day Facebook, you really deserve accolades from all of us as we are thankful to you for connecting us with our old friends. cheers.