Monopoly which is also known as the ‘The Landlord’s Game’ was originated in United States back in 1903. In this game the player moves around the game board buying or trading the properties and collecting the rent from their opponents, and their main goal is to drive them all into bankruptcy. It has gained lot of importance and became a part of popular world culture. The game has been transformed into different ways. And one such transformation was by Crystal Gibson who transformed it into Social Media Monopoly Board game. In this game it consists of reference with so many social media entities.

Social Media includes communication, multimedia, technology interaction, collaboration (specially on web) and entertainment coverages. Now a days, there are lot many popular social media sites on web and we are some how related with so many of them. Then, how about playing “Monopoly” game with those social media sites icons. If we are familiar with these websites, then it must be an engaging experience of playing “Monopoly” with these sites. Here is a monopoly board with logos of of social media sites like Mashable, Technorati, WordPress, Reddit, Facebook, Twitter, YouTube, Vimeo, Wikipedia, Google, Bing, Yahoo, Stumbleupon, Digg. Print a copy of the same and start playing the game with your friends. 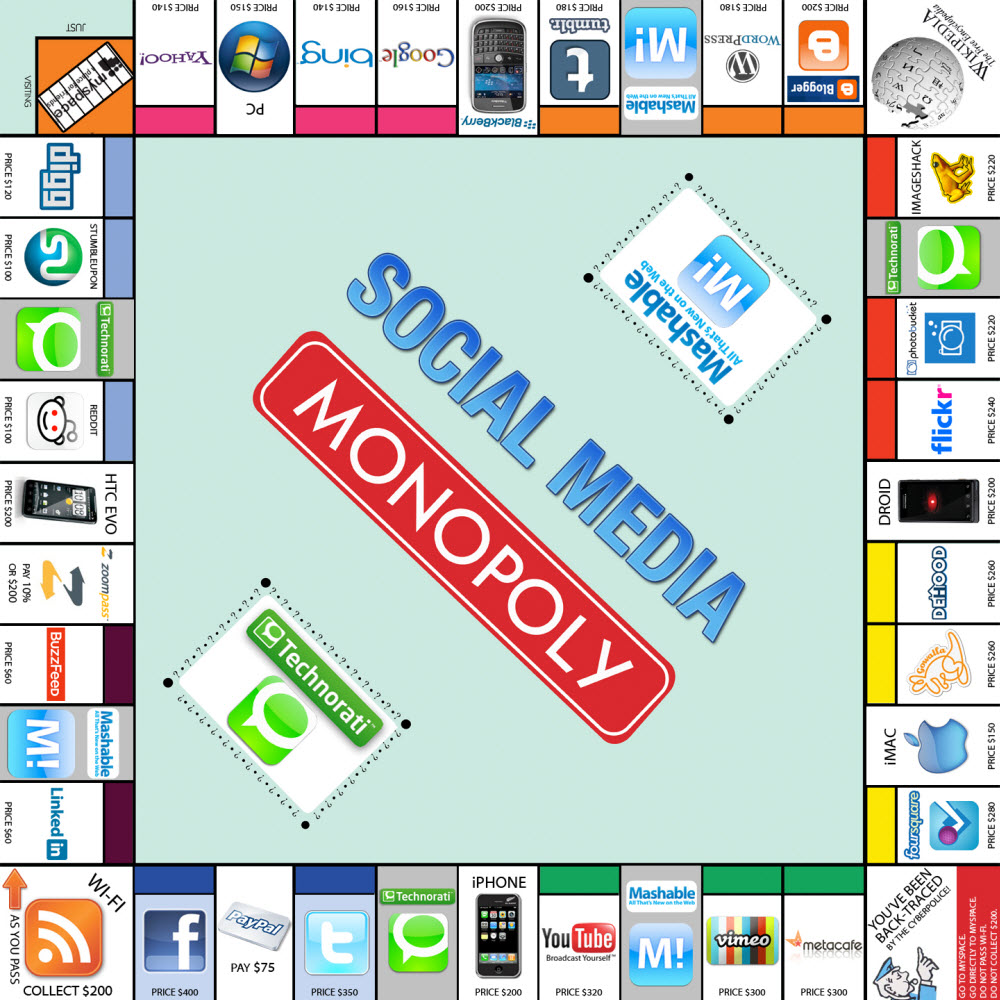 Sanjeev Mishra is a professional blogger and an Internet Marketing Consultant based in India. He has built the Internet Techies to provide you updates in technology and web application area.
Related ItemsimageInfographic Full Widthinterestingsocial media
← Previous Story Get Facebook Super Profile Image with Cool Mosaic to have stylish profile page
Next Story → Investments and Valuation Timeline of Facebook