Recent data shows that users are spending two times more time on Facebook than the new micro blogging platform i.e. Twitter. As per the data collected from Google Ad Planner, Average visit per visitor on Facebook is 34 which means each visitor is visiting the site 34 times in a month. Single visitor is spending 23:20 minutes on Facebook exploring different options over there. At the same time, on Twitter every visitor is giving 9 visits on average and spend average time of 11:50 minutes. Which means people just tweet a single liner or two and then left the site for the day but on Facebook they make new friends, share their pictures, videos or checkout their friend’s pictures which take time. 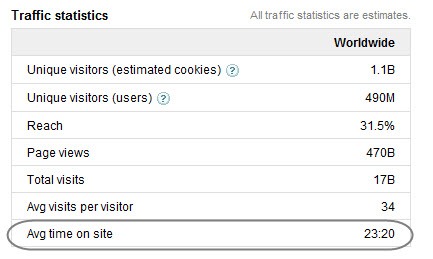 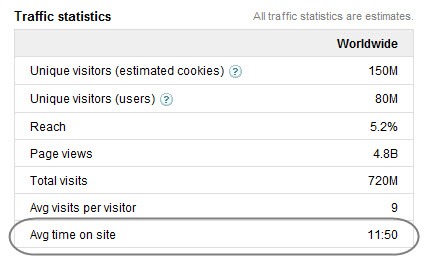 In our previous post, we shared the stats related to the page views of Facebook and Twitter and other social networking sites where it is clearly visible that Facebook is much much ahead than its competitors in traffic and quality time. What is your thought about these two social media revolutions and how much time you devote to them on daily basis (average)?