Home / Social Media / What are Most and Least Shared Words on Facebook? (RESULT)

What are Most and Least Shared Words on Facebook? (RESULT)

Facebook is having large audience of approx 400 million active users. It is really important to know the trend for the words going on here. Which are the most shareable and least sharable words on Facebook. To find out those words, Dan Zarrella, social marketing guru scanned thru the shared contents on Facebook and came up with a data which will tell you the most and least sharable words on social networking giant; Facebook.

Below attached graphical representation will show you the most and least shared words on Facebook. 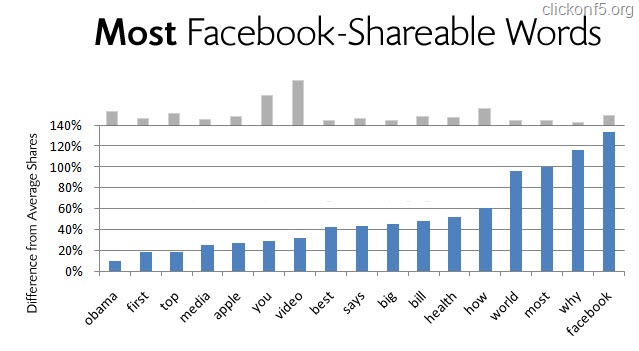 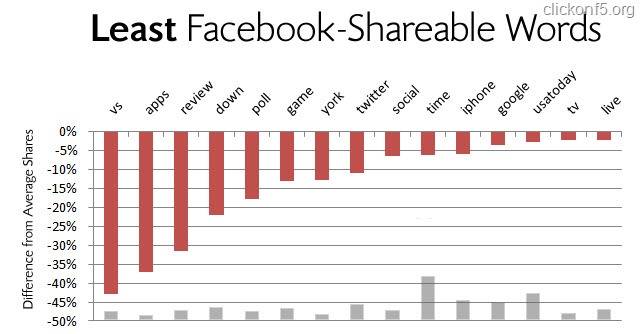 Sanjeev Mishra is a professional blogger and an Internet Marketing Consultant based in India. He has built the Internet Techies to provide you updates in technology and web application area.
Related Itemsfacebooksharestatistics
← Previous Story People are Spending Double Time on Facebook than Twitter
Next Story → Create And Share Microsoft Office Documents With Facebook Friends Thru Microsoft Docs