Sometimes we just need audio version of a video file to just listen rather than watching the complete video. Whether you find any great presentation or interview on YouTube or other video portal, you don’t need the video version if you are comfortable with the audio only. Specially when you are travelling or driving a car, you can listen to the audio interview but possibly can’t watch the video. And even playing videos in mobile devices consume more battery than playing just the audio file. So here I will let you know how you can use a free software to download the YouTube files and convert that into audio files like MP3 or WAV file formats.

Few days ago, I shared another free software which can download the YouTube files even the HD version and would help you in burning that downloaded file into DVD or Blu-ray. That software is also having capability to convert the downloaded YouTube video into audio format. Here we are using one more software for the same purpose but with more functionality. For example, you may need to crop the downloaded version if that is too long and you don’t want some part of the downloaded file. We are talking about the freeware named Any Video Converter which is primarily used for converting video files in different formats like MP4, MPEG, WMV, FLV, SWF, AVI, ASF, WEBM etc. But it can also convert a video file into audio formats like MP3 and WAV. And one more feature of this freeware is the capability to download YouTube videos by just adding the video URL. 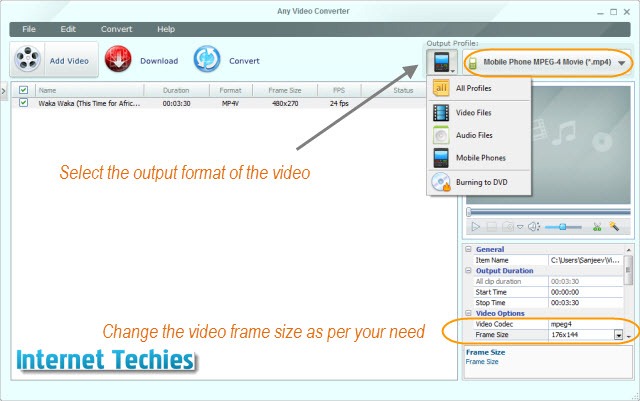 That means you can download the YouTube video, edit the same if required and then can convert that into audio files like MP3, OGG, M4A, AAC, WMA and WAV. The conversion will not change the original downloaded file as you can save the final output in separate folder on your computer. This software also supports the batch conversion process where you can add multiple video files for conversion and the software will complete the process one by one for them. Finally you can move the audio version into pen drive and carry the same with you or you can burn the audio versions in DVD or other media.

Limitation of Any Video Converter

Optimize and Speed up PC by 1.5 times without any Hardware Upgrade