Some cool video converters | Change the format as you want

Video converters are always ranked in a cool kind of software because they deal with Videos. The formats of video are are so many that you need a converter to upload the videos on different portals. You need a YouTube converter, MPEG, AVI, DVD, QuickTime, Flash, Xvid, DivX, MPEG, MP3, WMA, MP4, HDTV, iPhone, iPod or any other format converter toÂ  get the proper video. Internet Techies has come up with the list of some interesting Video converters. 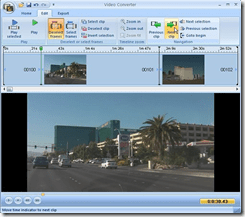 This converter is an editor as well. You can edit a video by joining that with other video or by cutting a specific portion of one video with other. It supports almost all file format of the video whether it is YouTube, HDTV, iPhone, iPod etc.

There are so many converters available but free video converter is a simple tool with lot many options. Download Free Video Converter.

HandBrake is a popular open-source media converter that encodes video from DVDs to many popular output formats. Available in both graphical and command line flavours, HandBrake can’t convert the range of formats the rest can—it’s limited to MPEG video (that includes DVD video).

We have already discussed the features of Quick Media Converter earlier. That is also a very rich video converter as well.

Above mentioned video editors are for Windows Platform only. Some really cool video converters for open source environment like Linux is available on MakeUsOf.

Sanjeev Mishra is a professional blogger and an Internet Marketing Consultant based in India. He has built the Internet Techies to provide you updates in technology and web application area.
Related ItemsSoftware
← Previous Story Now use Google translator on your PC without any browser
Next Story → Status updates on Facebook is now public, sad news for Twitter