One can have dual boot option on PC to boot multiple operating system on single computer. For example, you can have Windows XP, Linux, Vista, Windows 7 etc on single PC by installing them in different partitions. But to have that dual configuration, you will have to install the latest version after the earlier ones. For example, you can have dual boot option if you have installed Windows 7 in different partition on a PC with already installed XP. But if you will install XP after Windows 7, boot screen will not see any option to start Windows 7. But there may be a situation where you need to install Windows XP on your pre-installed Windows 7 PC. 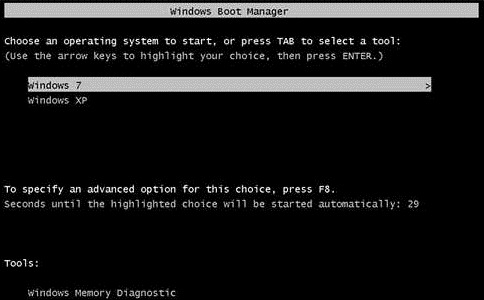 Few days ago, I purchased a Tata Photon Plus mobile Internet data card which was suppose to run smoothly on Windows 7 but that didn’t happen. The device started facing some issue with the Windows 7 64 bit driver. Then I thought to have Windows XP in another partition so that I can still run Tata Photon Plus over there. But as I said, if you install the earlier version of Windows after the later one, you will not get dual boot option as the boot configuration file will be overwritten by newly installed windows file which is not the updated one. But I installed Windows XP on a pre-installed Windows 7 PC and made some changes to get the dual boot as well. Here is the way to get that.

1. Start your computer (It will start with Windows XP)

5. You may set the drive where XP is installed

6 Finally, you will have to “Write MBR” which is available under “Bootloader Setup” tab in the left navigation. select “Install the windows vista/7 bootloader to the MBR” 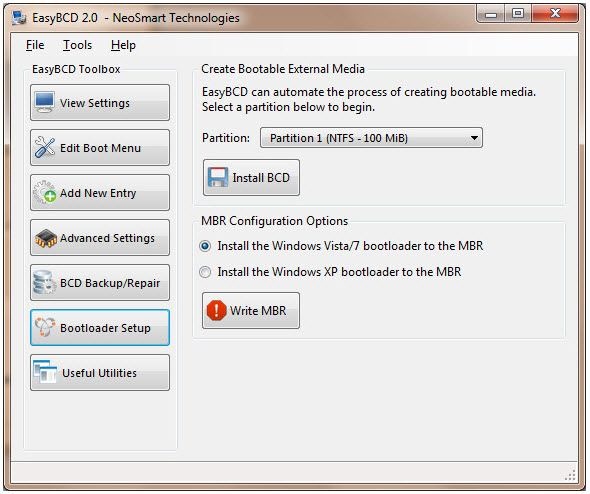 Done. Now restart your computer and there you can see dual boot option for Windows 7 and Microsoft Windows XP. You can use EasyBCD for multiple boot options as well. For example, to have Ubuntu, Windows XP, Windows Vista and Windows 7 on a single PC.

How to Keep Windows Fast even After Few Years of Installation

Create Wi-Fi Hotspot Zone in your Home or Office