Big day for Amitabh Bachchan’s fans as now he joined Twitter and even started tweeting some regular activities. Yes, This is official that original Amitabh Bachchan is available @SrBachchan on 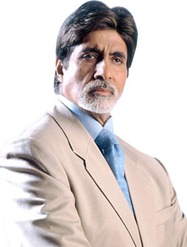 As Amitabh is already blogging on BigAdda’s (A Reliance venture) platform where he writes about lot many things related to press coverage, issues, media, films etc. There you can see his Twitter updates appearing in the sidebar and that shows the authenticity of this twitter ID @SrBachchan because twitter feed is coming from there only.

@juniorbachchan hey baby !! I made it on twitter !!! Yeeaaaaaahhhh !! … sorry.. just got carried away .. safe onward flight and love

At this point of time, Amitabh is following Abhishek only and number of his followers are 1799. 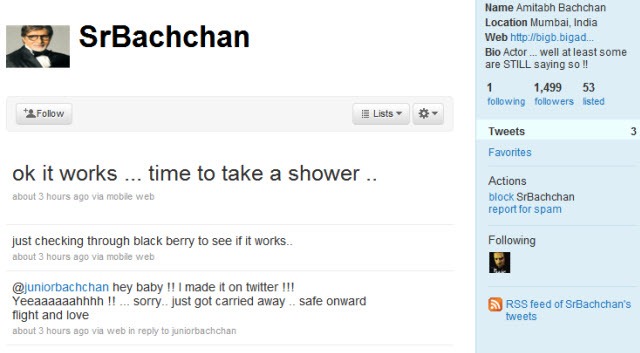