Do you want to follow real Bill Gates on Twitter? Now you can do that, as Bill Gates is now using Twitter. Bill Gates joined Twitter this morning and at the time of publishing this post, he got 148,527 followers and got listed in 4573 lists. Here the link of Bill Gates Twitter profile. 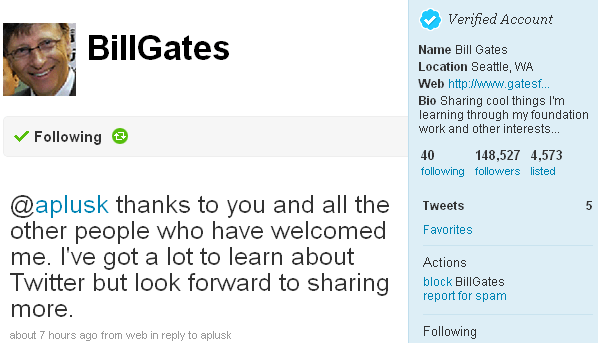 Are you planning to follow Bill Gates with the hope that he will share some insights from Microsoft as well or any future plan of Microsoft? Share you thought on Twitter having more and more celebrities and biggies with time.