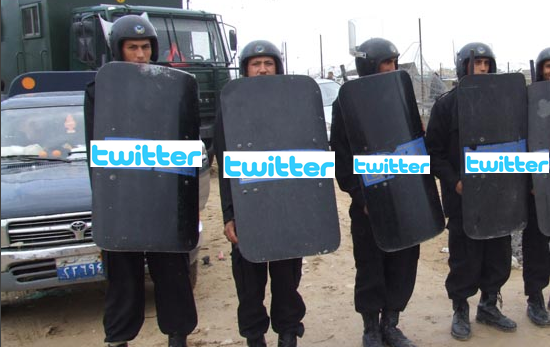 It is noted that Egypt is seeing a violent protest against the corruption and thousands of protesters are calling for the end of Hosni Mubarak rule. Government is very much aware of the impact of micro-blogging site Twitter and that’s why decided to ban Twitter in the country. As not every one is using Twitter to protest or to update status with hate messages. So if you want to access twitter in Egypt, you can use free VPN services for that purpose.

Few days ago, Twitter and Facebook was banned in Pakistan and few more countries because of such activities. Their government decided to ban these sites because of different issues in their countries. In Egypt, still Facebook is not banned and people can easily open that till now. But Twitter is banned in Egypt, and if you want to access Twitter then read this article.

[recommended]Also read: How to get more Twitter followers for free[/recommended]

As it is a government initiative to ban this micro blogging site, so I would request you to not violate their decision or access Twitter in your country at your risk. I am just telling you the process to follow to access banned sites in your country using free VPN services through which you can change the IP address and get a new IP belonging to another country. Once you computer gains IP address of another country say US, you will be treated as a US citizen on web.

So keep tweeting even if Twitter is banned in your country.