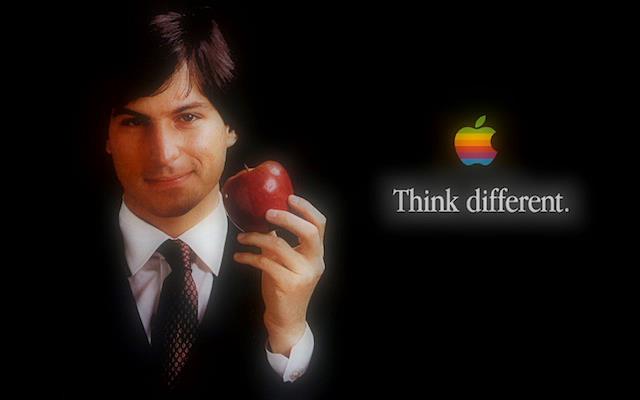 Apple Chief Executive Steve Jobs confirmed his health problems on Monday. He told that he is going thru the hormone imbalance and because of that he lost so much of weight. You can have a look on the below attached photographs of Steve Jobs at an interval of 1 year, 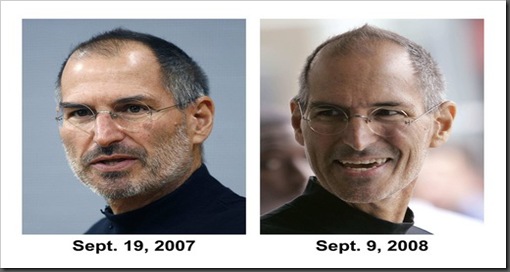 Medical experts said a hormone imbalance in a pancreatic cancer survivor raises red flags about a possible recurrence. The 53-year-old CEO said his doctors discovered his condition had been “robbing” his body of proteins needed for good nutrition. He is undergoing treatment, which he described as simple and straightforward.

The hype about this news is so much because Apple has not yet convinced the world that Apple without Steve will continue with the same powerful vision. Now Apple will have to take a decision on this matter as soon as possible otherwise it will  impact the market of this giant company.

Update – Apple’s former CEO and co-founder Steve Jobs died on October 5, 2011. The reason of death has not been released yet by the company but reports states that Steve was going through Pancreatic Cancer since last 7 years and even the liver transplant was causing problem as well. As Steve is not with us anymore but his innovations like iMac, iTunes, iPhone, iPad, iPod and his inspirational speeches will always keep you alive in our heart. Rest in Peace Steve, you changed the world.

As Steve was very much aware of this final outcome from the rare cancer that he was suffering from, after hist last keynote in June 2011, you can see Steve with his wife and you can feel that the guy is fully aware that it was his last keynote.

In 1983, Steve introduced Macintosh and in below video you can see the enthusiasm and energy in his eyes and body language.

Here is the famous “The Crazy Ones” ad from Apple, but the difference in this one and the one which aired is the voice. The one which aired was having voice of Richard Dreyfuss but the one attached below is narrated by Steve himself. And I think this one is much better than the original one.