We all knows that WordPress 2.9 which is scheduled to release in end of November or early December and its first beta version is releasing by end of October will have “Image Editing” feature by using which you can crop or edit the images under media section on WordPress itself. But if you want to do it without waiting for WordPress 2.9, you may use a plugin named “Scissors” to do image editing on current installation.

Scissors is a free wordpress plugin to add cropping, rotating and resizing functionality on and above WordPress 2.7 versions. You can also watermark the images thru Scissors. Here is the screenshot of the same plugin installed in WordPress. 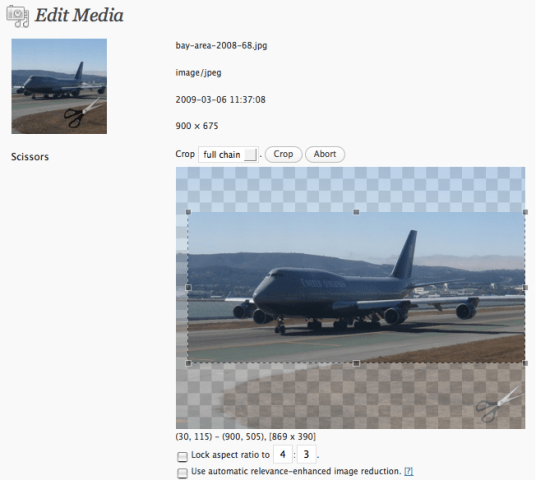 You can customize the images and add watermark from the media settings page of wordpress. Once the wordpress 2.9 will be released, there will no need to put this plugin but till then you may go for this to add so effect and also reduce the load time by cropping the blogger images.